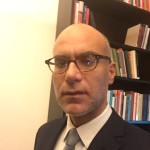 Marta Boni, Ph.D. Sorbonne Nouvelle – Paris 3, is Assistant professor, Film and Television Studies, at the University of Montreal. Her work centers on theoretical and pragmatic issues relating to narrative and semiotic complexity. Her aim is to tackle the challenges of big data for film and media studies, also using complex system theory. Objects of her research are television seriality, fandom and transmedia storytelling. She has edited World-Building. Transmedia, Fans, Industries (forthcoming, AUP), co-edited Networking Images (Presses de la Sorbonne Nouvelle, 2013), and published several chapters and articles in scientific journals. Her first book, Romanzo Criminale. Transmedia and Beyond (Ca’ Foscari University Press, 2013), is centered around an Italian narrative phenomenon spread across different media, including fan practices that transform and expand it. She curated an exhibition on television series (University of Montreal, 2015-2016) and organized international conferences in Paris and Montreal. Marta is a regular member of GRAFICS and researcher in the international partnership TECHNÈS. She is also a member of the advisory board of CinémaS journal.
Websites: https://umontreal.academia.edu/martaboni |  labotele.com

Paola Brembilla is a Ph.D. candidate in Film and Media at the University of Bologna. Her research interests concern the relationships between business strategies and narrative/aesthetic forms in US TV series, along with media economics, narrative ecosystems and economic networks in contemporary media industry. She authored several publications on the subjects, including chapters and articles, and has been the speaker to national and international conferences.
In 2010 she was awarded a scholarship within the Overseas exchange program and she attended the academic year 2010/2011 at the University of California – Berkeley as an EAP exchange student. From September to December 2014, she was a visiting scholar at the University of Wisconsin-Madison, supervisor professor Jonathan Gray.
Websites: https://www.unibo.it/sitoweb/paola.brembilla3 | https://unibo.academia.edu/PaolaBrembilla 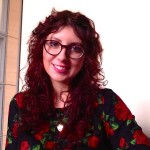 Sara Casoli is a PhD student at Alma Mater Studiorum – University of Bologna, with a project titled The hypertrophic character as a new interface between text and users in the narrative ecosystem. She obtained her BA in 2012 and her MA in 2015 at the University of Bologna, with a thesis titled Once upon a time..and an other…and an other. Audiovisual serialization dynamics in contemporary fairy tales. Her research mainly addresses new approaches in narratology, especially the cognitive drift relating to characters’ construction, the narrative ecosystem’s theory and the design of pervasive information architectures using ubiquitous computing, most of all in the analysis of the audiovisual serial production.
Websistes: https://www.unibo.it/sitoweb/sara.casoli2 | https://unibo.academia.edu/saracasoli

Ilaria A. De Pascalis obtained her PhD in Film Studies in 2009 at the Roma Tre University, with a dissertation on Contemporary European Cinema and Globalization. Her research on this theme continued in the same University with a postdoc fellowship from 2010 to 2014. She has published several essays in international reviews and book chapters, especially about European cinema in a transnational perspective, Feminist Film Theory and gender studies, and narrative genres in cinema and television series. She has been visiting professor at the University of Cassino and at La Sapienza University. She is now part of a research about “The Vast Narratives in Contemporary Television Series” at the University of Bologna. She authored Commedia nell’Italia contemporanea (2012) and Il cinema europeo contemporaneo: scenari transnazionali, immaginari globali (2015).
Websites: https://www.unibo.it/sitoweb/ilaria.depascalis2 | https://unibo.academia.edu/IlariaAntonellaDePascalis 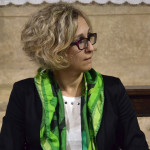 Veronica Innocenti (veronica.innocenti@unibo.it) is Associate Professor at the University of Bologna, where she teaches History of Broadcasting and Film Marketing. She holds a Ph.D in Film Studies from University of Bologna. She has been a speaker to several national and international conferences and the organizer of the conference Media Mutations 3 and 4, dedicated to narrative ecosystems (www.mediamutations.org). She is the author of several books, edited collections and essays. Among others: Le nuove forme della serialità televisiva. Storia, linguaggio, temi (Archetipo 2008, with Guglielmo Pescatore); Factual, reality, makeover. Lo spettacolo della trasformazione nella televisione contemporanea (Bulzoni 2013, co-edited with Marta Perrotta) and Media Mutations. Gli ecosistemi narrativi nello scenario mediale contemporaneo. Spazi, modelli, usi sociali (Mucchi 2013, co-edited with Claudio Bisoni).
Website: https://www.unibo.it/sitoweb/veronica.innocenti

Héctor J. Pérez (Madrid, 1971) is associate professor of audiovisual narrative at the Universitat Politècnica de València (Escola Politècnica Superior de Gandia). He undertook pre-doctoral Studies at the Musikwissentschaftliches Institut of The Universität Leipzig (1995-97) and received a European Ph.D. in 1999 from the Universidad de Murcia, and continued post-doctoral studies at the Università degli Studi di Milano, Dipartimento di Estetica (1997-2002). A main line of his research is the study of the role of corporeal narration on acting in film, TV series and opera, and also works regularly in the cognitive aesthetics of television series. His most recent contribution to the topic of acting is the article: The Three Bodies of Narration: A Cognitivist Poetics of the Actor’s Performance. He is editor of SERIES, International Journal of TV Serial Narratives and principal researcher of the international research project funded by the Spanish Government: Theoretical Innovation Strategies in the Analysis of Narration in Television Series.
Website:  https://upv.academia.edu/HéctorJPérez

Guglielmo Pescatore is Full Professor at the University of Bologna, where he teaches courses on Media Economy, Semiotics, Entertainment Culture, and New Media Theory. He holds a Ph.D in Performing Arts from University of Bologna. His work has been constantly characterized by a strong attention toward the mutations phenomena, both for the textual forms as well as for the social value of audiovisual media. He reflected on many theoretical issues, such as narrative genres in film, the idea of Author, the role of Film Festivals and other transnational forms of circulation. Recently, his interests focus on contemporary circulation of media products, the role of creative industries, and the use of the new narratives by audiences and the fandom. His interdisciplinary research gave birth to various publications on narrative ecosystems, their production, distribution, and multiple uses. He has been author and editor of books and academic journal issues (among others: “Le nuove forme della serialità televisiva. Storia, linguaggio, temi”, Archetipo 2008, with Veronica Innocenti; and “False/Illusion”, special issue of La Valle dell’Eden, 2010, with Paolo Bertetto), curator of several film screenings and national and international conferences, and has been invited as keynote speaker to many conferences in Italy and abroad.
Websites: https://www.unibo.it/sitoweb/guglielmo.pescatore | https://unibo.academia.edu/GuglielmoPescatore 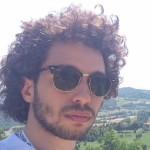 Attilio Palmieri (Napoli, 1987) is a PhD candidate in Film and Media Studies at the Alma Mater Studiorum – University of Bologna, with a project about Transnational Series. New Media and TV Series between US and UK. His research interests concern the relationships between United States of America and United Kingdom in an audiovisual and cultural perspective. He has published essays on Mad Men, Boris, Il divo and TV series in general.
He collaborates with several film and TV magazines as Segnocinema, Seriangolo, Cinergie, Point Blank and Spietati. 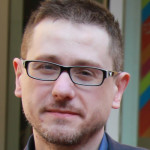