A COGNITIVE APPROACH TO TV SERIES 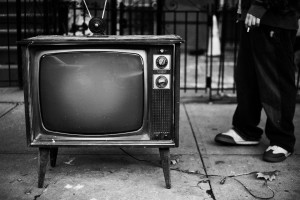 END_OF_DOCUMENT_TOKEN_TO_BE_REPLACED

The 8th edition of the Media Mutations International Conference is entitled “A Cognitive Approach to TV Series”. Some recent studies have begun developing a cognitive approach to TV series, but nevertheless much is yet unexplored. This conference aims at aiding this nascent field in firmly establishing itself as an interdisciplinary approach in media studies. We encourage papers on topics such as the nature and the role of emotions in TV series, the cognitive processes elicited by serial narrative, the viewers’ participation and paratextual creation, and finally the relationship between cognitive TV studies and other relevant theoretical approaches such as that of narrative ecosystems and so-called embodied narratology.